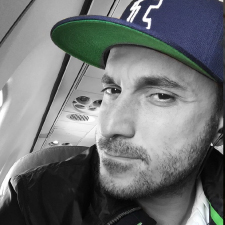 Mehmet enjoys being part of a team which builds massive scale network and datacenter infrastructure. He has built large scale critical dns systems for Microsoft (AzureDNS), ICANN(L-Root) and helped deliver Windows 10 to hundreds of millions of users world-wide in August 2015 as well as clean millions of malware infected machines as part of supporting Microsoft’s Digital Crimes Unit team. Mehmet has also worked little over 2 years at Yahoo! as a part of the senior leadership team within network infrastructure group responsible negotiations , peering , interconnection strategy and budget and vendor management during one of the largest ever deployment and expansion of Yahoo network expanding capacity 25x within 18 months.

Mehmet has some prior experience in technologies such as Anycast. He has worked in the team which signed Root zone with DNSSEC. He is also very interested in IPv6 and has enabled IPv6 for ICANN, L-Root and the famous www.microsoft.com. Mehmet has been awarded 3 patents by US Patent office and have 6 pending patent applications where he is inventor or co-inventor.

Mehmet is currently having so much fun at Yahoo! as Chief Negotiator and Sr. Director of Global Infrastructure Planning and Acquisitions building one of the world’s largest network infrastructure to support 6B+ annual revenue! Mehmet has held similar responsibilities at Microsoft as Director of Global Network Planning & Acquisition Group which focuses on network pops , datacenter , subsea cables planning , dark fibre , metro waves and much more for Microsoft empowering Microsoft Cloud(Azure), Office365, Xbox, Skype and other Microsoft properties.